Emutex has a rich history in developing and integrating custom Board Support Packages’ primarily for boards using the Linux operating system and Intel and ARM CPU architectures. Should you need a BSP to be developed to enable a board and its chipsets please contact us.

In embedded systems, a Board Support Package (BSP) is implementation specific support software for a given board (e.g. device motherboard) that conforms to a given operating system (e.g. Linux). It is commonly built with a bootloader that contains the minimal device support to load the operating system and device drivers for the devices (e.g. CPU, I/O chipsets) on the board.

Emutex contributed to Intel® Quark™ SE BSP, providing its expertise and knowledge at all project levels.

Our client contracted Emutex to contribute to the development of a set of drivers and libraries to enable the use of the Intel® Quark™ SE and the Intel® Quark™ Microcontroller Software Interface (QMSI) in an embedded system.

WHAT IS INTEL® QUARK™

The Intel® Quark™ SE is a low-power consumption system-on-chip that provides edge analytics by combining an x86 MCU with a sensor sub-system and pattern-matching capability through a hardware-accelerated engine. It is supported by Intel® System Studio for microcontrollers, an Eclipse-based* integrated development environment (IDE), which includes the Intel® Quark Microcontroller Software Interface (Intel® QMSI) board support package and Zephyr Project RTOS.. 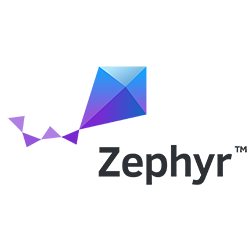 QMSI provides a comprehensive set of drivers that acts as a light and thin abstraction layer that enables software developers to exploit the full capability of the processor’s I/O ports and connected peripherals. During its development Emutex contributed to:

Arduino™ 101 is the first Arduino™ board using Intel® SoC while keeping compatibility with other manufacturers’ versions. In this case, the software exposes mostly ARC I/O ports and the BSP guarantees full compatibility with Arduino™ sketches and the ability to flash the 101 board from Arduino™ Studio. For this project, Emutex team took QMSI as a base, but tailored it and developed specific functionalities to give full Arduino™ API support for the board.

Here are some of the ways in which Emutex provided its expertise:

This is just one example of the work that Emutex has done to enable customers to bring new hardware designs to life with software. For other examples, and to learn more about the services and solutions that Emutex can provide, please visit our website at www.emutex.com.