Demonstration of a home automation system connected to the Internet using ubiworx™.

Ubiworx™ connects all the sensors and controllers in the house into a smart gateway allowing them to be monitored and controlled from web apps and mobile devices.

In the MyWatts demo, ubiworx™ runs on an Intel Galileo platform with an Xbee shield to create a wireless "mesh" control network. The network consists of the Galileo base station, four Passive Infrared motion detectors, temperature sensors and 2 relay stations. It also has a Carlo Gavazzi energy monitor connected over ModBus via a RS485 to USB convertor.

A doll house was used to simulate the smart house. 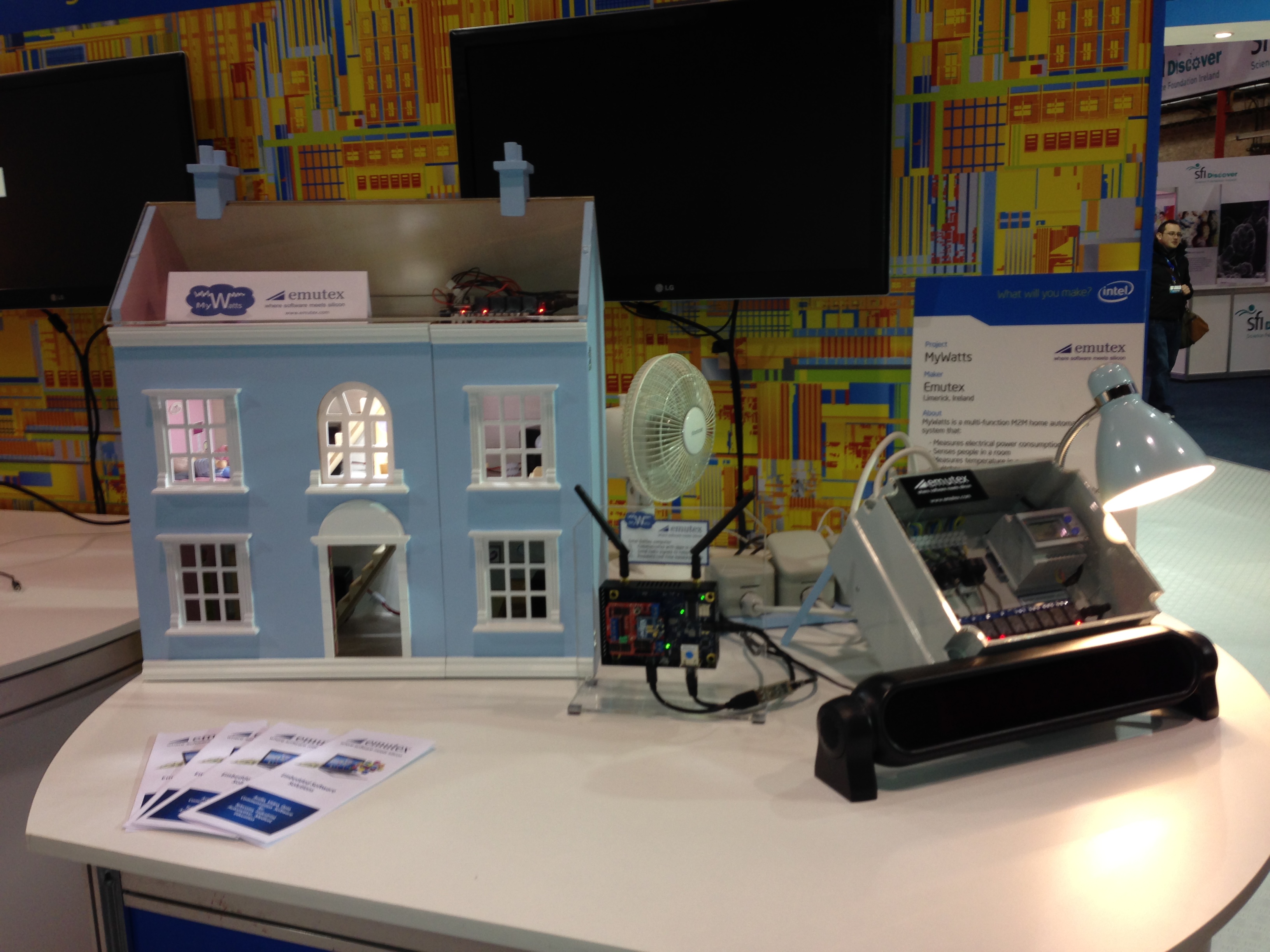 Ubiworx™ connects these devices to the cloud so that data can be recorded and also so that they can be controlled and configured. In this demo the device network in the home can be remotely controlled via a mobile app to change the mode of the sensors. For example, in "Evening" mode the motion detectors can be used to turn on or off the lights depending on the room occupancy. Alternatively in "Holiday" mode the lights can be turned off and the motion detectors can be used to trigger an alarm and report intrusion. The mobile application and cloud interface allow you to put the house back into "Normal" mode with the flick of a virtual switch on your phone or tablet.

Recorded data is also reported to and stored in the cloud. In the MyWatts demo the live and historical data for any of the connected devices can be viewed as well as the power consumed by the devices in either Watts or in unit cost. Ubiworx™ supports Emutex's own cloud connector as well as third party solutions.

Emutex ubiworx™ is an industrial IoT framework for control and data acquisition. It is written in C for speed and portability but allows high-level control functions to be scripted quickly and easily in Lua. It runs on Linux, on a wide variety of hardware architectures, and with a small memory and CPU footprint.

The MyWatts demo shows how ubiworx™ can add intelligence, connectivity and control to a range of household sensors and devices to turn them from a collection of individual parts into a collaborative network under the easy control of the homeowner.

Ubiworx,
Your Gateway to Connecting
Devices and Data
to Systems and People