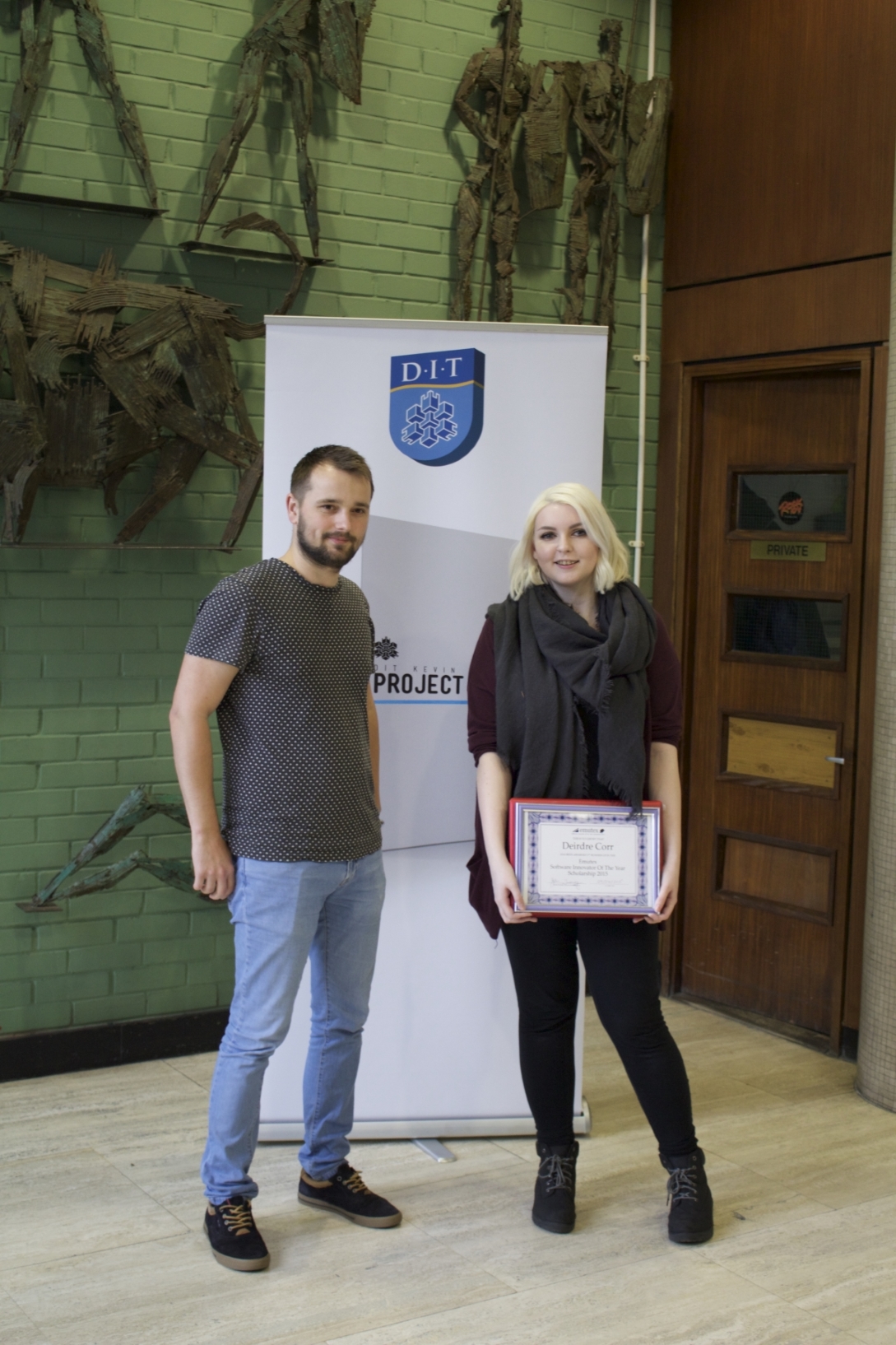 Details on the runner up of the Emutex Software Innovator of the Year Scholarship 2015.

The "Sleep Apnoea Detector" was the runner-up project of the Emutex Software Innovator Of The Year Scholarship 2015.This year the competition was focused on creating solutions to real world problems and this project did exactly that. Deirdre Corr, a fourth year student at the Dublin Institute of Technology, submitted an idea that would provide a cheap alternative to sufferers of Sleep Apnoea. The sleep apnoea detector identifies sleep apnoea patterns observed when a subject is sleeping.

Sleep Apnoea occurs when oxygen in the body drops to dangerous levels due to a part or full blockage of the airway. As the name suggests, this happens when the subject is sleeping. A sleep apnoea detector's function is to recognise when this occurs and to notify the subject through the use of an alarm causing them to wake up and adjust their sleeping position. Currently, solutions do exist for this although they are very expensive as the hardware is specialised. Deirdre's aim was to build a prototype using off the shelf hardware therefore providing a cheap alternative making the technology accessible to all.

There were two sensors used to provide the data required to detect the sleep apnoea patterns. The DF1 sensor contained a high resolution accelerometer and Bluetooth connectivity to communicate directly with the Raspberry Pi. This sensor monitored general movement of the subject. The textile stretch sensor was also used and connected directly with the Arduino Lilypad. This sensor is made up of 80% polyester and 20% stainless steel. It is essentially a variable resistor which outputs different voltages depending on how much it is stretched.

Once the Raspberry Pi had obtained and organised the sensor information it was transmitted to an Amazon EC2 server instance using the MTTQ protocol. The server stored the data in a MySQL Database so that it could be tracked and easily accessed. The raw data was then analysed to detect sleep apnoea occurrences using algorithms obtained through Deirdre's in-depth research. An example of the patterns recorded with sleep apnoeas present can be seen below.

In theory, at this point a device such as a mobile phone would include live graphs of this captured and analysed information. An alarm would be sounded to warn the subject of the detection and any chance of harm to the subject would be avoided. This was not included in the prototype as the main focus was around obtaining and analysing the data to detect the sleep apnoea patterns.

This very clever project proved that it is very possible to bring this expensive device within reach of sleep apnoea sufferers. Everything used in this project is readily available and can be purchased by anyone. Of course a large amount of research and testing would be required for this to be a safe, viable alternative although these first steps are fantastic to see. Once again, projects like these really highlight the talent that we possess in Ireland and provide huge hope for the future.

This diagram shows an example of a sleep apnoea pattern.

This is the structure of the belt that Deirdre created to detect the sleep apnoea patterns. 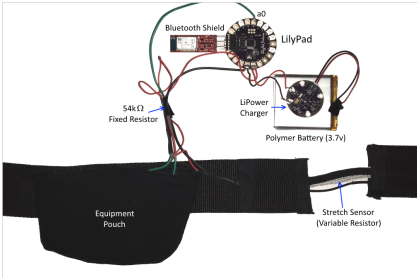 This is how the belt is worn by an individual who wants to use it.

We would like to thank Deirdre for submitting her idea to the competition and then following the prototype through to the very end. It was clear the enormous amount of research and work that went into the inspiring project and we hope that this level of engineering can continue into next year's competition.