This article gives a brief overview of one of these demos, which was an Intel® Edison controlled Timelapse controller for a DSLR Camera.

The controller consisted of a hardware rail with a motorised dolly on which a camera was mounted, and the movement and camera operation was programmed from a remote application on an iPhone. Everything was contolled by the Edison, which created a Wi-Fi Hotspot for the iPhone to connect into, and controlled the GPIO pins which drove the camera shutter and motor.

The back-end software was a node-js based server application, which listened for commands from the remote client app. In turn, this server app could then talk to the GPIO pins on the Edison Arduino board to control the motor on the rail, and trigger the camera to take pictures. This part of the back-end was implemented using wiring-x86, a python library that Emutex have developed to hide the complexity of the GPIO Pin multiplexing behind a very easy-to-use set of functions for GPIO programming on the Intel® Galileo, Inte®l Galileo Gen2, and now Intel® Edison.

The client consisted of an iPhone app, which is basically simple screen where the three necessary parameters for the time lapse could be entered.

The screen where the three necessary parameters for the time-lapse could be entered. 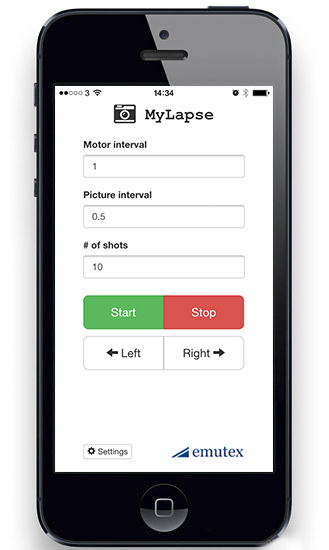 The Timelapse Rail on show at the European Maker Faire 2014 in Rome. 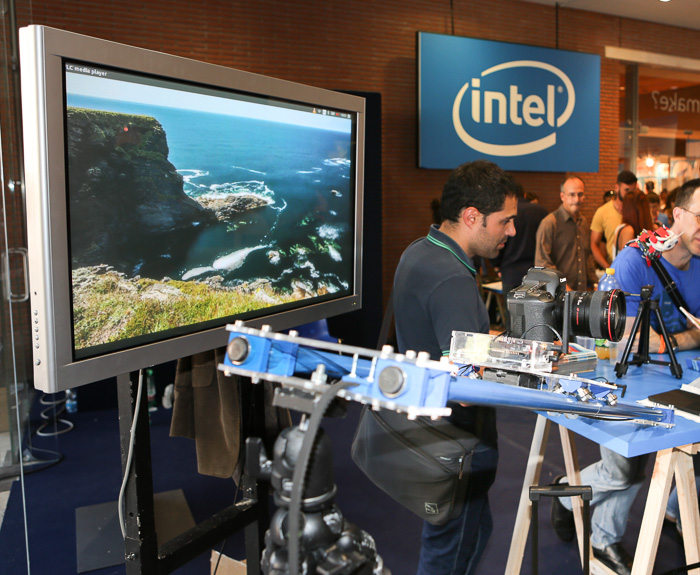 The configuration screen allows the back-end IP address of the Edison Camera controller. 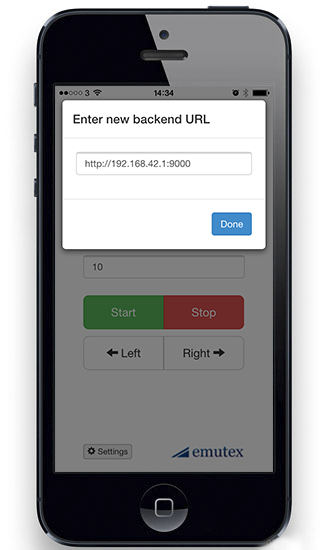 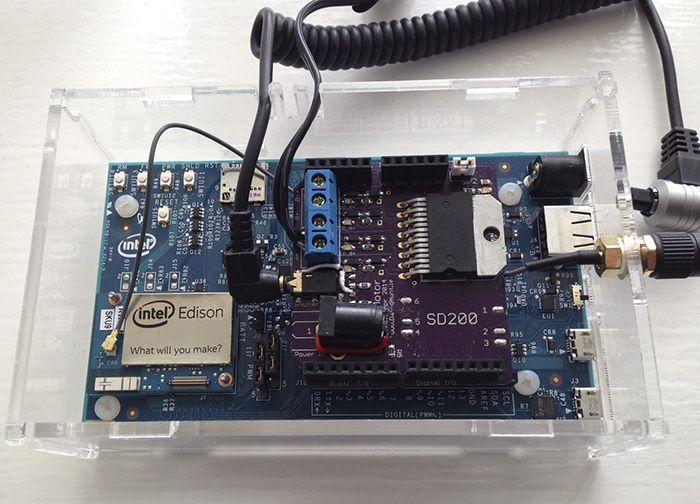 Also shown in the image above is the Wi-Fi pigtail connecting into the on-board Wi-Fi, which allows connection of a larger Wi-Fi whip antenna. The Edison has built-in Wi-Fi, so this makes wireless based projects very easy.

The videos that were on show at the Maker Faire can be seen on David's website at http://www.davidhunt.ie/gallerys/timelapse/

For more information on this project you can contact us at This email address is being protected from spambots. You need JavaScript enabled to view it..