Today at Maker Faire Rome 2015, AAEON and Emutex announced the launch of the new UP board. 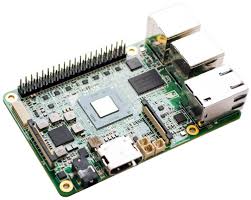 UP is a credit card computer board for makers powered by Intel®’s Quad Core Atom x5 Z8300 1.84GHz. The board will be manufactured by AAEON and Emutex will release a new distribution of ubilinux - a Linux OS distribution based on Ubuntu.

The primary advantage of UP is that it is an affordable, powerful industrial grade x86 based platform that will allow makers to quickly bridge the gap between the world of prototyping and the world of mass production – the same platform can be used. A professional service to design and mass produce tailored versions of UP will also be available.

For more information on UP please refer www.up-board.org. To be an early buyer of UP please refer to its Kickstarter campaign. UP will be available to the general market Q1 2016.

UP – Bridging the Gap between makers and markets.